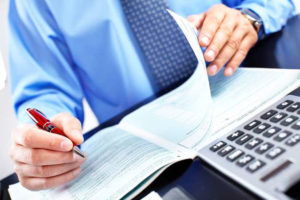 Lawyer and partner Lawyer of the company “Klimenko and partners” Klimenko Dmitry reminds that, in accordance with the provisions of Article 56 of the Tax Code of Ukraine, tax notices-decisions (then – NUR) can be appealed in administrative or judicial order.

The administrative procedure is to file a taxpayer with a corresponding complaint about the revision of the NUR to the supervisory authority of the highest level. Such a complaint must be filed within 10 calendar days following the day the taxpayer received the NUR.

A properly filed complaint suspends the fulfillment by a taxpayer of monetary obligations determined by the NUR for the period from the date of filing such a complaint to the supervisory authority until the day of the end of the administrative appeal procedure. This means that during this period, tax claims for the tax that is being appealed are not sent, and the amount of the monetary obligation that is being appealed is considered to be inconsistent.

Niches lawyers have considerable experience in appealing the NUR administratively to a higher body of the SFS. Timely recourse for help in this matter increases the chances of a positive decision. The refusal to satisfy such a complaint by the supervising bodies of the highest level does not mean that everything is lost. After all, there is the possibility of appealing the NUR in court. Properly drafted and timely filed a lawsuit, proper support and representation of the taxpayer’s interests by highly qualified lawyers provide good chances for resolving such a legal dispute in favor of the taxpayer.

We draw attention to the fact that the taxpayer’s appeal to the court with a claim to appeal against the NUR makes the monetary tax obligation inconsistent until the day the court decision comes into force.

For more advice and legal assistance, you can always contact our lawyers and attorneys at any convenient time.